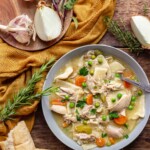 This Pennsylvania Dutch Chicken Pot Pie is a homey and delicious stew made with chicken, vegetables, chicken broth, and chewy homemade pot pie noodles. Classic comfort food from Pennsylvania Dutch country, this version is known around the state and is unlike the more widely-known pie crust version.

Flavor & Texture - this pa dutch chicken pot pie is like chicken noodle soup on steroids. It's got all of the lovely aromatic flavors from the herb-infused chicken stock and is loaded with vegetables, moist chicken, and homemade dough squares.

Nostalgia - there's something so wonderful about making your own homemade noodles, which is what makes this recipe so special. Many Pennsylvania folks will have fond memories (myself included) of making the homemade dough with their families and eating this in the dead of winter, warming their souls! This was often enjoyed next to a salad with hot bacon dressing and finished off with a shoo-fly pie.

Make ahead - just like any soup or stew, this just gets better and more flavorful with time, making it an awesome dish to create ahead of time, and also freeze.

Serve this alongside my homemade pepperoni bread, which is another Pennsylvania staple recipe!

This particular type of pot pie came about from the Lancaster county region, known for a large population of Amish, Mennonite, and the Pennsylvania dutch community filled with german traditions. The dish came about from a dish of broth and meat known as "bott boi," which in the PA dutch language (a mix of German and English), turned into pot pie.

So why is it called pot pie? Well, it's made in a pot! Unlike the pastry crust types of pot pie (like chicken pie or other meat pies) that are known in the rest of the United States, many folks from Pennsylvania will attribute this dish to the soup-like version in this recipe. Growing up, my family always called this dish "slippery noodle pot pie."

See the recipe card for full ingredients list and quantities.

One: Add the chicken, vegetables, herbs, and aromatics to a large stockpot and cover with cold water.

Two: Bring the stock to a rapid boil, then reduce to a medium-low simmer. Use a spoon to scoop off any foam and impurities.

Three: After about two hours, remove the chicken and vegetables and strain the stock, adding it back into another stock pot.

Four: Once the chicken is cool enough to handle, remove it from the bones and pull it into bite-sized pieces.

Five: Mix together the flour, salt, eggs, and milk until a stiff dough forms. Add an additional tablespoon of milk at a time if there are a lot of dry spots.

Six: Transfer the dough to a lightly floured surface and roll it out to ⅛" thick.

Seven: Use a pizza cutter to cut the dough into one to 2-inch squares.

Eight: Transfer the square noodles to a floured pan and cover them lightly with plastic wrap.

Nine: Add the chopped vegetables to the hot stock and boil for 10 minutes. Then, add the pot pie squares and cook for 8 minutes.

Ten: Add the reserved chicken and peas and low boil for another 5 minutes.

Scoop the PA Dutch chicken pot pie into bowls and top with fresh parsley, celery salt, and serve with a slice of crusty bread.

Yes, this can be frozen in a sealed container for up to six months.

Do I have to make my own stock?

No. While making your own according to the recipe will produce the best flavor, you can definitely use store-bought stock or broth. If using store-bought, I recommend boiling fresh herbs in it for a bit to impart some extra flavor.

Store the Pennsylvania Dutch chicken pot pie in a sealed container in the fridge for one week. Reheat on the stove or in the microwave until hot. Note that you may need to add a touch more water or broth to loosen it up, as the noodles absorb a ton of liquid. 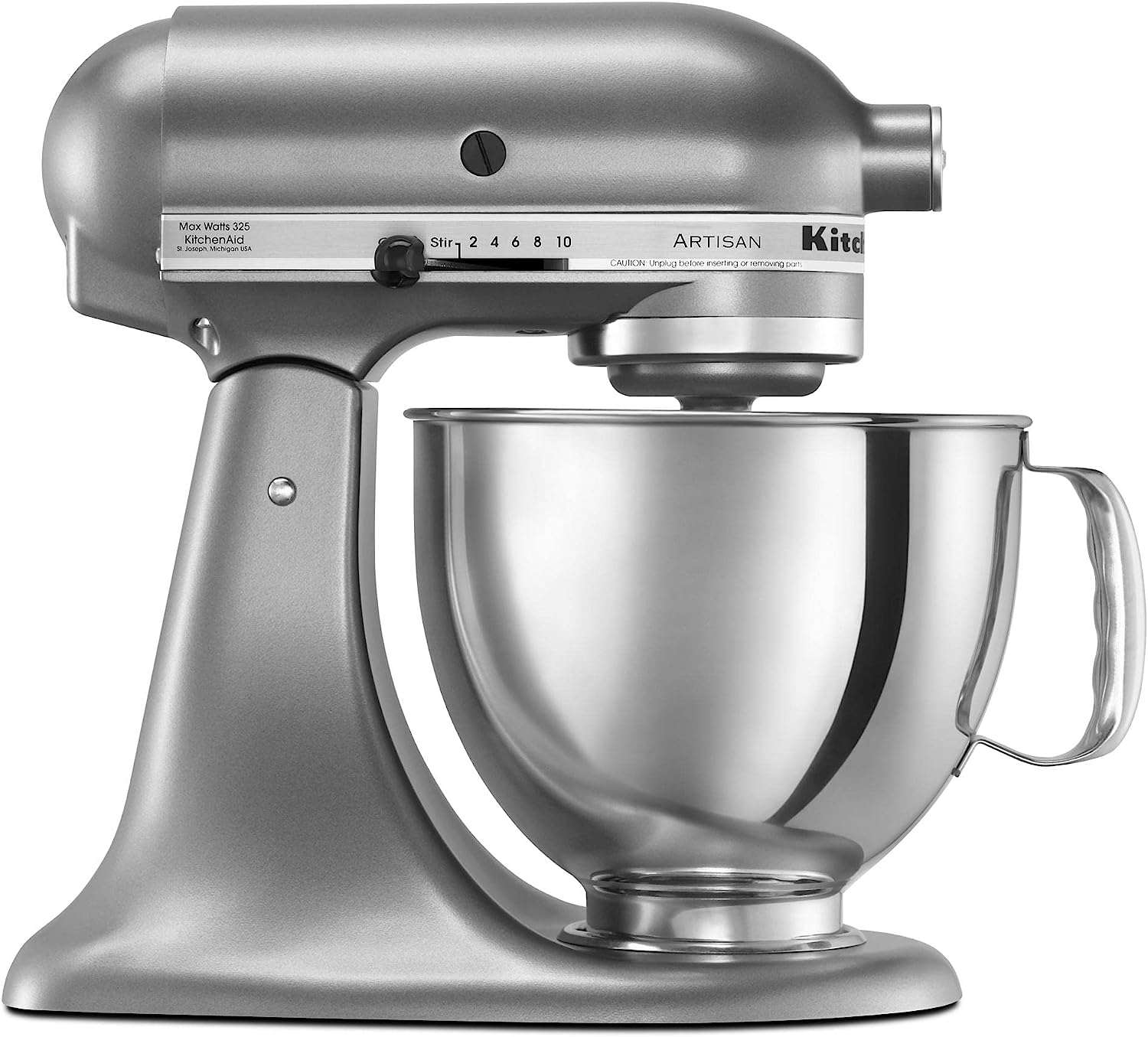 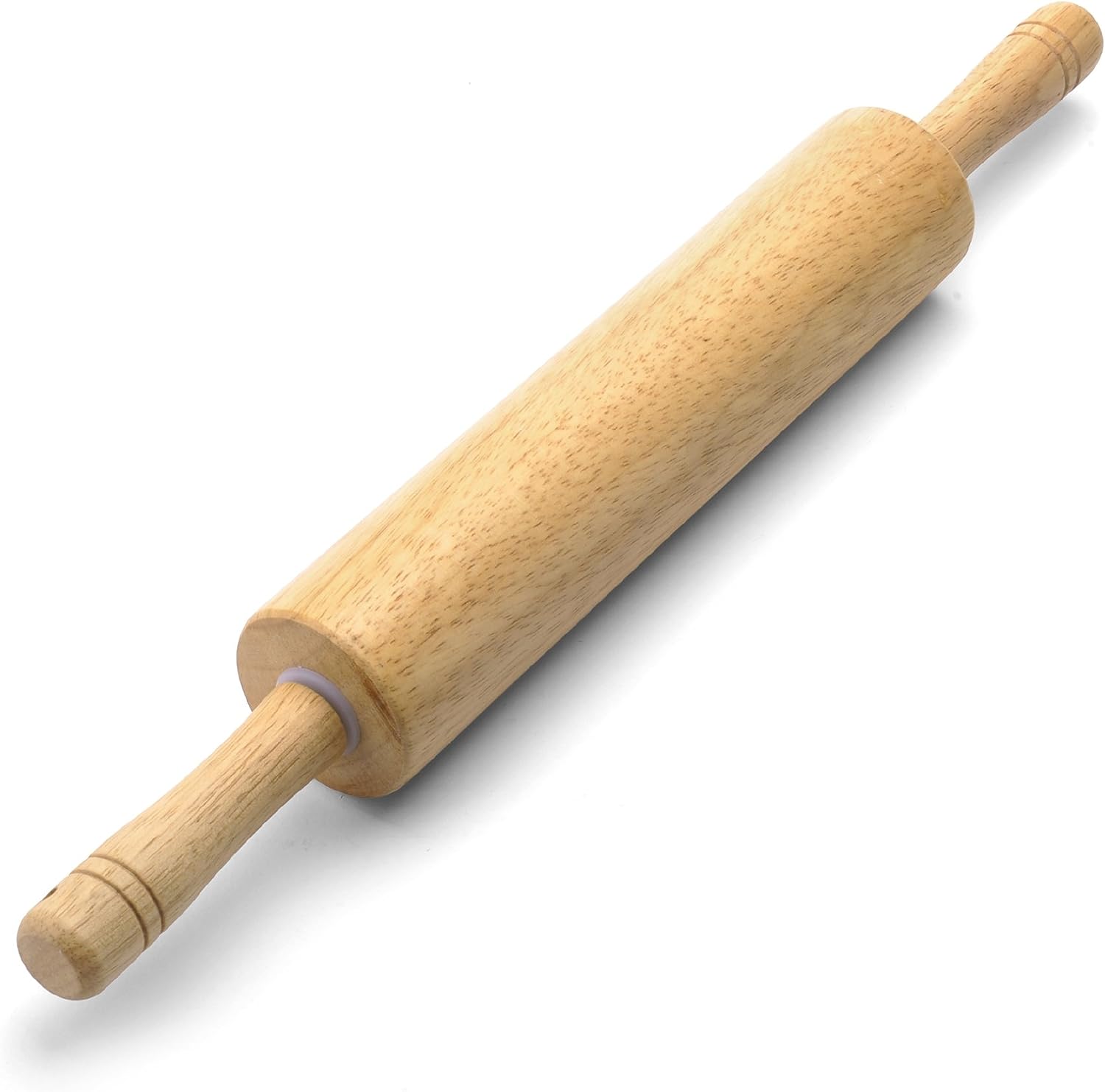 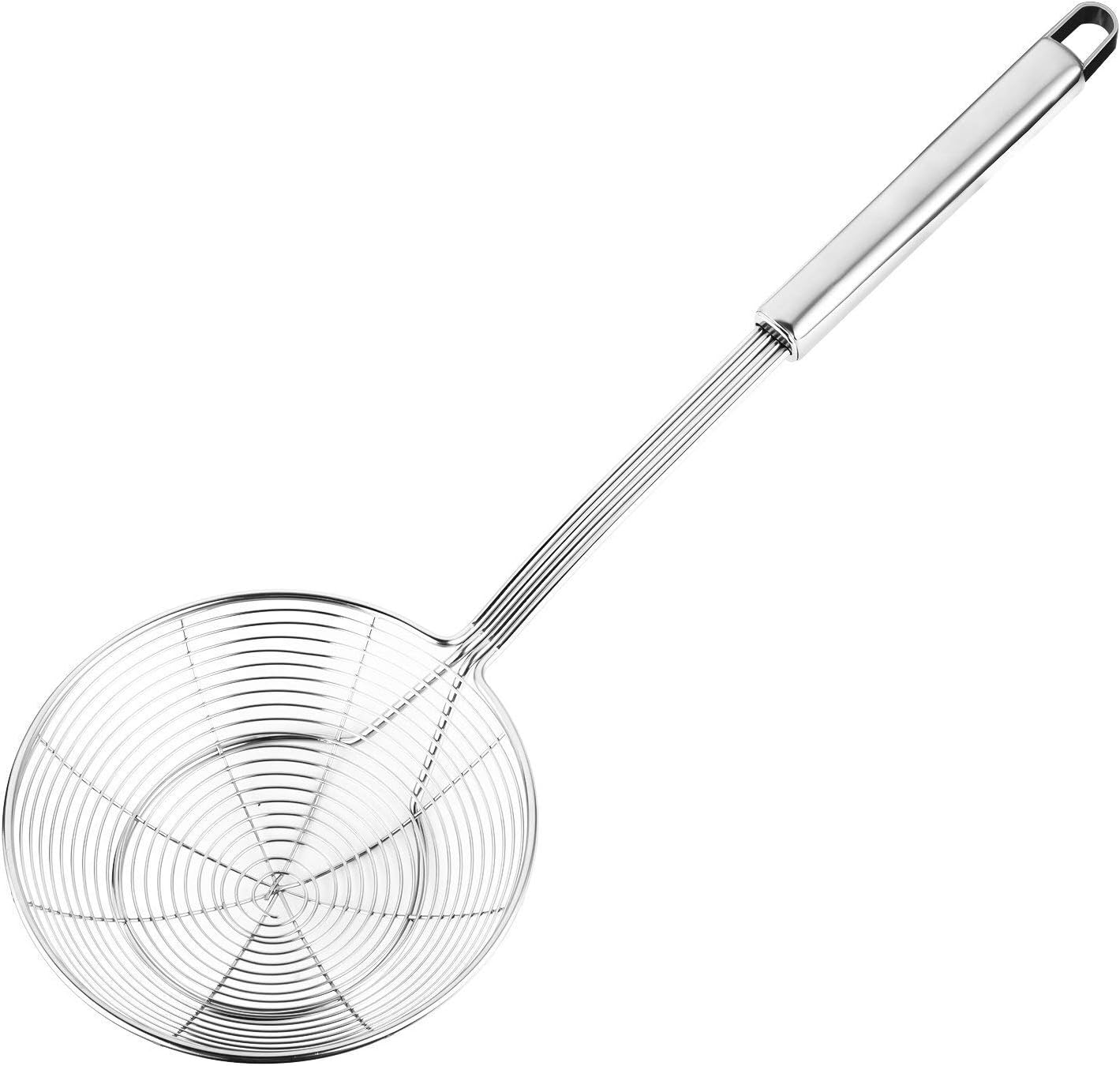 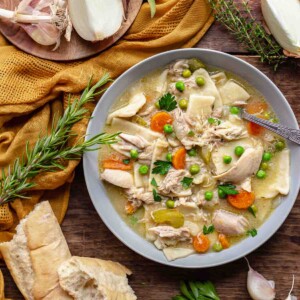 If using store-bought stock, add the stock to a pot and add the chicken, as well as the fresh herbs and bay leaves. Keep it at a steady simmer until the meat becomes very tender, skimming the foam from the top with a spoon, then remove the chicken. Allow it to cool, then pick the meat off. Add about 1 cup of water and bring the liquid back to a boil, and continue with the recipe as written.  Store the pot pie in sealed containers for one week. Note that the noodles will continue to absorb liquid, so you may need to add a touch of stock or water upon reheating if you like it looser. Reheat the pot pie in a pot on medium-low heat until hot, or in a microwave until hot.